The military of ancient Rome was a crucial factor in Rome’s development from a small settlement on the Italian peninsula to one of the largest and most long-lasting empires ever created.

The Roman Army, or exercitus Romanus as they called themselves, was the terrestrial forces of Rome, active in the Roman Kingdom, through the Roman Republic and in the Roman Empire. After the collapse of West Rome, the Roman Army of East Rome continued as the Eastern Roman Army, eventually becoming the Byzantine Army. This is a period that spans over 2,200 years, from 753 BC to 1453 AD.

During this long stretch of history, the Roman Army did of course undergo numerous changes, impacting factors such as recruitment, payment, equipment, clothes and organization, while at the same time conserving many core traditions and habits.

The Roman Army campaigned as far north as Britannia (up to modern-day southern Scotland), as far south as northern Africa (modern-day Tunisia and Egypt), as far west as the Iberian Peninsula, and as far east as Parthia (modern-day Iran).

In its early history, the Roman military was a citizen military of soldiers that were paid no salary and had to provide their own equipment. Eventually, the army transformed into a professional army, which then gradually also became less and less Roman and more foreign as it recruited mercenaries from outside the Roman heartlands. 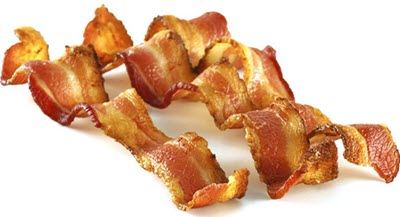 During campaigns, soldiers would often forage food, and they carried a sickle as a part of their equipment. They were also obliged to carry at least a three-day ration of food in case they would encounter situations where food could not be obtained. Examples of provisions that could be carried without spoiling was wheat and barley.

During good times, especially when not engaged in moving through enemy territory, the soldiers would supplement their cereals with food such as vegetables, cheese, fish and bacon.

To entertain themselves, many ancient Roman soldiers played games, and betting was very popular. All the four evangelists in the Bible does for instance mention that soldiers present as Jesus of Nazareth was crucified engaged in casting of lots to determine who would get his clothes.

The soldiers were not the only segment of Roman society that gambled, in fact, all classes engaged in various forms of betting and gambling – from slaves and peasants to generals and senators. In the Roman Republic, gambling was prohibited except for the Saturnalia festival which occurred in December and consisted of days of public and private revelry where normal conventions were turned on their heads. Of course, gambling bans are never 100% efficient, and there are plenty of clues that indicate that the Romans would gamble even outside Saturnalia. Archaeologists have for instance explored the remains of a tavern near the praetorian camp where they found a sign proclaiming (in Latin) “Good food and gambling within”. There is even some evidence to suggest that ancient roman casinos used techniques similar to modern casino bonus codes. People would get vouchers that allowed the try to gamble for free. All to get new gamblers through the doors. 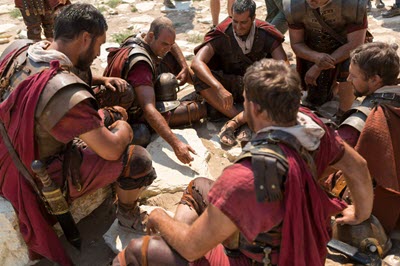 Roman soldiers with their gladius playing a dice game.

The gambling laws of the Roman Empire were laxer than during the Republic, especially when it came to actually enforcing them. Emperor Augustus, who ruled from 27 BC until his death in AD 14, loved gambling and was known to play during all Roman festivals. Before becoming Emperor Augustus, he – then known as Octavianus – spent many years as a military man. Together with Marcus Antonius and Marcus Lepidus he formed the Second Triumvirate to defeat Caesar’s assassins.

One example of Emperor Augustus great love of gambling can be seen in his letter to his son-in-law Tiberius, where he says that: “We have passed, my dear Tiberius, the feast of Minerva, in great merriment, gambling every day and warming up to the occasion. Your brother distinguished himself by the great noise he made, and, after all, he did not lose very much, for fortune turned in his favor just as he faced ruination. I have lost thirty thousand sesterces, because, as usual, I was liberal to my guests and partners. Had I taken all that was due to me I would have cleared fifty thousand.”

In Pompeii, the city buried under volcanic ash in 79 AD, one of the preserved taverns have a cartoon painted on the floor. The first picture shows two men seated on chairs, playing a board game. The first man, who has just threw the dice, says “EXSI” which means “I’m out”. The other man, who is pointing, says “NON TRIA DV AS EST” which means “no three points but two”. In the second picture, the men are now standing up, seemingly fighting each other, maybe over the score? The tavern keeper steps in and says “ITIS FORIS RIXSATIS”, i.e. “Leave my place if you want to fight”.

Most ancient roman games was very different from the casino games we play today.  The Romans did not play roulette, poker or black jack.  They did not do any type of financial betting.  The only games that the Romans played that we would recognize as a casino game is different dice games.

When dice were cast in Ancient Rome, it typically involved three dice; not the two-dice combo that we are familiar with today for modern casino games such as Craps. Interestingly, the Ancient Romans did use the spotted six-sided dice type that is still the dice version most commonly used today. Also, the highest ranking throw was three sixes (18 spots), just like it is for us.

Dice games in Ancient Rome could generally be divided into two groups: those that were played with dice only and those that required a board and pieces. The latter group contained more complex games where the pieces on the board were moved based on the outcome of the dice. One common board configuration was to have 36 squares adorned with symbols such as letters, crosses and leaves. In some games, you had to pay a fine or move your piece backward if any of the dice displayed the side with the single dot.